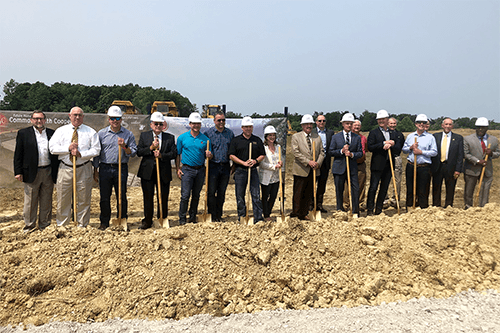 Representatives from ISCO along with local officials gathered for the ceremonial ground breaking which signified the beginning of construction on the approximately $67 million project. The future-cooperage is located on 35 acres in Rowan county.

“We are excited to continue investing in and expanding our cooperage operations in the Commonwealth of Kentucky as we support the growth of our customers,” said Brad Boswell, CEO and fourth-generation cooper. “As our fourth domestic cooperage, Commonwealth significantly expands our production capabilities which will allow us to better serve the future needs of our customers.”

Morehead, Ky. is also home to Morehead Wood Products, a stave mill and Independent Stave Company subsidiary. Morehead was chosen as the site for Commonwealth Cooperage in large part because of the excellent work force and community support Morehead Wood Products has received since opening in 2015. When Commonwealth Cooperage is fully operational it will employ 200 full-time craftsmen to produce high-quality barrels for the spirits industry.