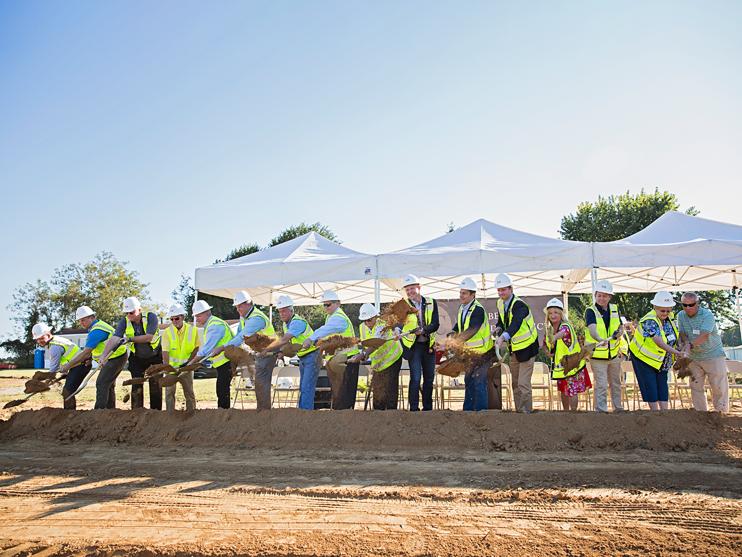 MOREHEAD, Ky. (April 4, 2016) – American Stave Company, a division of Independent Stave Company (ISC), is pleased to announce the acceptance of its offer to purchase 48 acres of land in Marshall County, Ky., where the company plans to build a state of the art stave mill. Once operational, the new facility will become the sixth American oak stave mill in the family-owned company’s portfolio and the seventh overall, as ISC also owns a large stave mill in France. The new mill is expected to create approximately 40 new jobs in the Marshall County community.

“Our strategic plan has been simple – continue investing to best support our customers and the growth in the wine and spirits industry,” confirmed Brad Boswell, president and fourth-generation cooper. “This new stave mill will be an important addition, allowing us to further augment our supply of high-quality American white oak. It is also the final step as we position ourselves for a major expansion to our barrel-making operations.”

Marshall County is known to be an excellent area for sourcing cooperage quality white oak. American Stave Company has been purchasing logs in this area for years, making it a top contender during site selection.

Once complete, the mill will supply staves and heading to the parent company’s cooperages in Kentucky and Missouri, thereby increasing the number of barrels crafted each year at these cooperages as well as any facilities to be built in the future.

ISC has carried out significant additions to its portfolio in recent years. In 2015, the company completed construction of its fifth American oak stave mill, located in Morehead, Ky. ISC has also increased its log buying yards throughout white oak country and expanded its cooperage in Missouri.

“As we continue building for today and tomorrow, we are honoring our heritage, and most importantly, our customers,” confirmed Boswell. “Our company has been supplying the wine and spirits industry since our inception in 1912, first as a domestic supplier of staves, and today as a cooperage company crafting a wide range of barrels and oak products. We remain committed to any investments that benefit our customers and support the industry as a whole.”